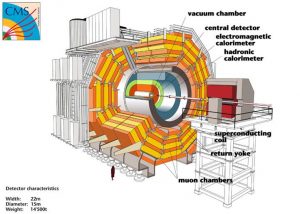 The University of Colorado High Energy Physics group maintains two local computing clusters. One cluster contains about 55 nodes and is configured for running 8 node MPI jobs on a node. This cluster is used by the theory group to solve a special group of problems that do not require large, super computing facilities. The other cluster consists of about 175 node or 1300 codes, and used by both the neutrino and CMS groups. The cluster also serves as a CMS Tier 3 grid site.

The theory cluster has 55 quad core Intel Core i7 nodes with 16GB per node. The machines are used to run single node, 8 stream MPI jobs to perform lattice gauge calculations. This cluster has about 10TB of storage.

The experimentalist’s cluster has 177 node where each is either a quad core or hex core Intel Core i7s. The memory on these machines varies from 16GB to 64GB. The system has 1.2PB Hadoop file system and 10 NFS servers (about 300TB).